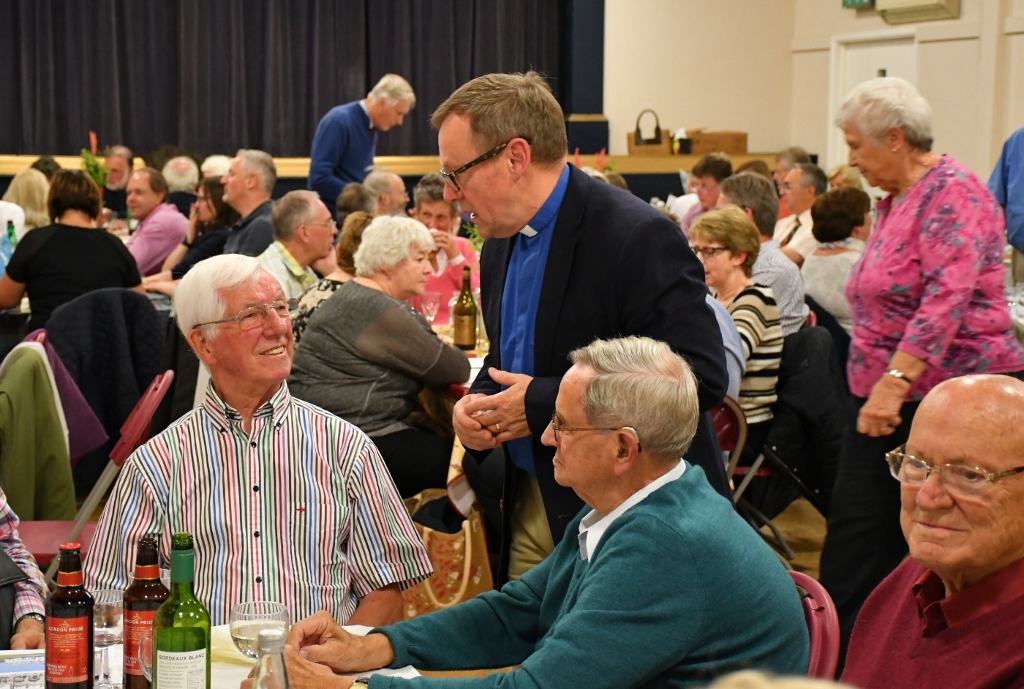 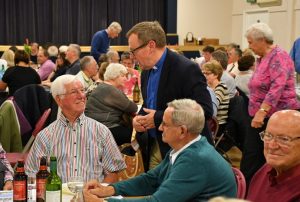 There was a magnificent attendance at this year’s harvest supper with some people being disappointed as it was not possible to accommodate all of the last minute request for tickets. A total of 85 people were welcomed to the supper by Mike Olney and grace was said by Rev Ian Smith. Once again the focus for the evening was a celebration of locally sourced food. Silsoe Horticultural Centre provided the chutney and tomatoes, Oakley’s at Greenfield provided the ham, Rogers of Meppershall baked the cottage loaf bread rolls, Wobbly Bottom Farm at Hitchin supplied the cheese.  Table hosts had baked a fresh apple pie and Maulden Dairies provided the cream, as well as the butter for the bread rolls. The supper was appreciated by all and demonstrated richness and variation of locally sourced food. During supper everyone was tested with another of Sandy Grant’s ingenious table quizzes, which got everyone around the table talking and arguing.

The table hosts were warmly thanked by Rev Dave Bell for their contribution, particularly the apple pies. In addition he paid specific tribute to the hard work of the team that had organised this year’s supper, once again, another very successful supper which was certainly enjoyed by everyone there.