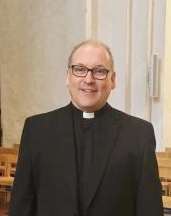 The United Benefice Communion service held at St James the Great Silsoe on Sunday 29 December 2019 was the last communion to be conducted by Rev. Ian Smith in the Benefice before his move to Renhold. Nearly 100 people attended this last service to share in thanking Ian for all he has done in the Benefice during the past two and a half years and to wish him well as he takes up his new post as Priest at All Saints, Renhold. Ian had put together a simple but moving service which he conducted in full vestments, supported by Reader Gillian Kern in cassock and embroidered stole and Alan Aldridge in an alb.  Ian was curate in the Benefice when Rev. Dave Bell was vicar and he provided great support for him. Following Rev. Bell’s retirement Ian bore the brunt of services across the Benefice as well as working full-time at Vauxhall; an amazing achievement.

Immediately following the service Mike Olney formally thanked Ian for all he had done for the Benefice and presented him with a cheque of donations from members of the three congregations, a book of photographs and messages of his time in the Benefice and a bottle of champagne to help celebrate his move.

After the presentation the congregation enjoyed an excellent buffet provided by PCC members from Pulloxhill and Ian & Christine cut a cake that had been designed by Jo Holt and made by Adele Wilkinson from Flitton which reflected their time in the Benefice.

The service and occasion was a fitting way to say 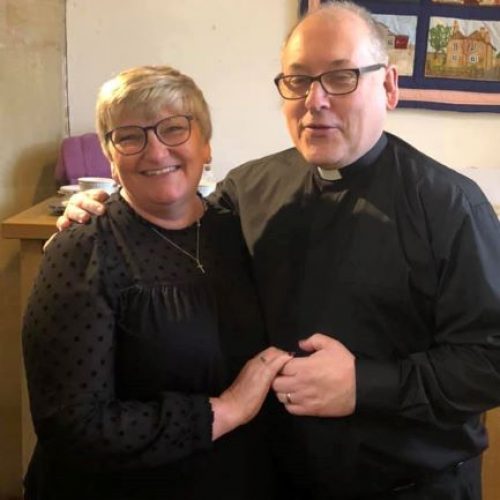