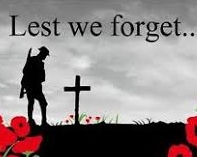 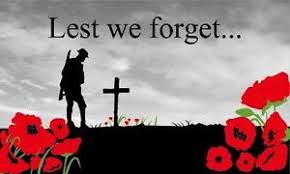 On Sunday 12 November about 100 people gathered at the war memorial to hear the names of those being remembered read out and at 11am to observe a 2minutes silence. Wreathes were laid including one by Alison Austin from Wrest Park to commemorate those men from the Estate and when it was a hospital during WW1.

Rev Ian Smith led the Church service and his address focussed on the liberation from Dunkirk.  He reminded the congregation that in May 1940 the total destruction of the entire British army, 330,000 soldiers, was imminent being trapped in Dunkirk. This view was shared by Winston Churchill who was preparing to announce an unprecedented catastrophe involving the capture or death of a third of a million soldiers.

But it didn’t happen. He 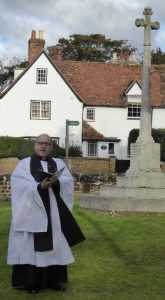 reminded the congregation that King George VI requested a National Day of Prayer on Sunday 26 May 1940. On the Saturday evening the decision was taken to evacuate as many as possible of the Allied forces. On that Sunday, the nation devoted itself to prayer in an unprecedented way. He explained there were overflowing congregations in Churches across the land, with long queues outside cathedrals. The same day an urgent request went out for boats of all sizes to cross the Channel to rescue the besieged army, a call answered by around 800 vessels.

Ian Smith went on to recount curious events that then happened. These included a decision by Hitler to halt his army and rely on his air force to annihilate the British. A spell of severe bad weather on the Tuesday grounded the Luftwaffe, allowing Allied soldiers to march unhindered to the beaches. In contrast, on Wednesday the sea was extraordinarily calm, making the perilous evacuation less hazardous and Ian Smith explained that by the time the German Army was finally ordered to renew its attack, over 338,000 troops had been snatched from the beaches, including 140,000 French, Belgian, Dutch and Polish soldiers.

In  concluding Ian Smith said that you could argue it was all a coincidence, but he thinks not and it certainly wasn’t considered so at the time. Sunday 9th June was declared a National Day of Thanksgiving and, encouraged by Churchill himself, the phrase ‘the miracle of Dunkirk’ began to circulate. The collection from the service was shared between help for heroes & SSAFA (Soldiers, Sailors, Airmen and Families Association).

Following the service people stayed behind to enjoy refreshments of tea, coffee and mince pies and to meet with and catch up with friends and neighbours.