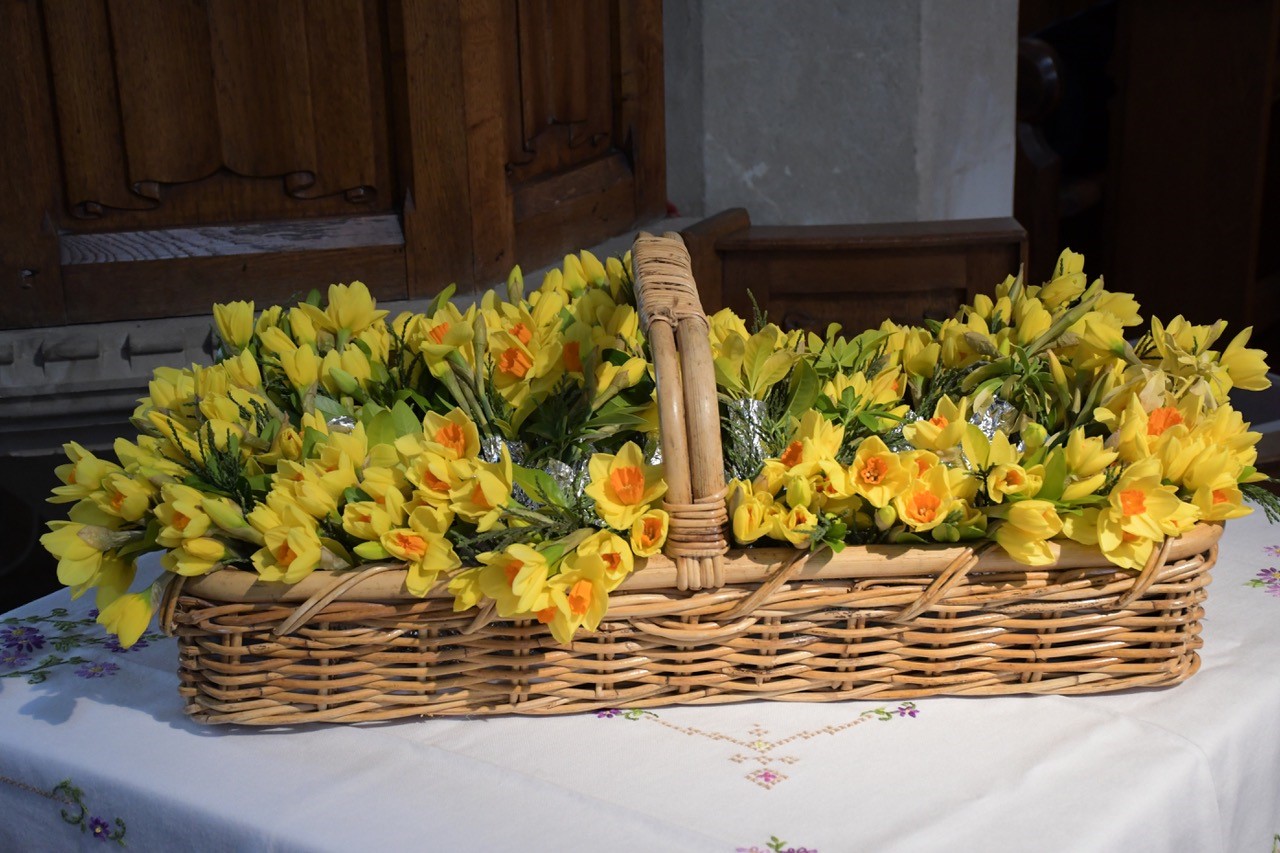 A full Church of over 110 people; children, Mums, Dads and  Grandparents celebrated Mothering Sunday on 31 March. The service, led by Rev Ian Smith, featured the Children’s Choir performing two songs “My Mum” and “I like the flowers”. The choir of children from Silsoe school had been brought together and coached by Katie Shattock and Rachel Barnes.  They performed beautifully and with great confidence, despite the large congregation in the Church. Someone was heard to say  “the best part of the service”!.

The previous day some of the children had helped to prepare the flower posies for the service. Following the children’s final song, the choir together with other children helped to distribute a posy to every Mum in the congregation.

Rev Ian Smith took as his theme for the service ‘the special love of mothers’ and as he often does, he was determined to involve the congregation in demonstrating the theme. Children handed a coloured ribbon to every member of the congregation and they were asked to weave these into a “basket of love”. Although not easy it was achieved and the basket of love was blessed and laid on the alter during the service. Following the service many stayed to enjoy the refreshments, served by Kath Bell and Christine Smith, Ian’s wife, and catch up with friends and neighbours.