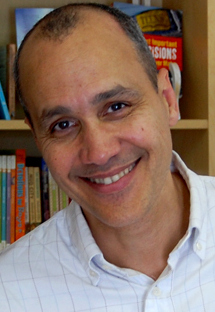 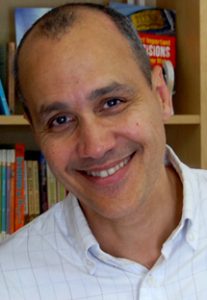 Rev Ian Smith and Paul Biscoe attended this one-day course led by Michael Harvey. Michael is best known as the originator and promoter of “Back to Church Sunday” and has addressed Church communities across the world on getting people to return to Church.
Michael explained that when he was working on the Back to Church Sunday project, which developed in 18 countries, this allowed him to conduct over 850 focus groups across multiple denominations and streams. In that research he discovered that although most of us would like to invite people to church, more than 80 per cent of us have no intention of doing so. He said that his curiosity focused on the gap between desire and intention. Some call it the confidence gap he suggests it is the place we meet God.

Michael went on to explain that the reason we have no intention of inviting is fear. He said that this is what those in the 850 focus groups told me when he asked the course to identify why they don’t invite fear was the first answer given! : He explained that this can be fear of rejection, fear of disappointment, fear of failure, fear of embarrassment and more. They have someone in mind God may be prompting them to invite but fear shouts “no”. Michael firmly believes that “God is the ultimate inviter. He is already at work. All we have to do is ask God who to invite and be obedient in his strength”. To illustrate this point he used the quote from President Roosevelt’s inaugural speech
“…let me assert my firm belief that the only thing we have to fear is…fear itself — nameless, unreasoning, unjustified terror which paralyzes needed efforts to convert retreat into advance”.

In scripture Michael said we read of God constantly saying to individuals: “Fear not”. Mission is, therefore, first of all a discipleship issue. This means we must help believers discover and experience that God is alive, can be trusted and is calling them to mission. He then posed the question “so how does a church move from just being a welcoming church to an inviting church that experiences the presence of God through mission?” he believes there has to be three paradigm shifts – three ways to think differently and behave differently.

First we must grasp that success is not getting a “yes” – as that’s God’s job. And nor is getting a “no” a failure. Success is simply to make the invitation.
Second, we must be as focused on the inviter as we are on the invited person. When God called Moses to invite Pharaoh to let the people of Israel go, it was also to form Moses into the person God wanted him to be. Mission is as much about Christians growing in faith as it is in others finding it.
Third, God is the ultimate inviter. He is already at work. All we have to do is ask God who to invite and be obedient in his strength. I have found that 70 per cent of congregational members already have someone i 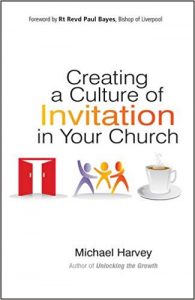 n mind to invite to church. God has already invited them to invite.
To support the invitational initiative the “National weekend of Invitation” is being run next year between 15 to 17 June 2018. In addition Michael has written several books and produce a DVD to help people understand the issues of invitation implement practical steps for its success.

The course was inspirational and instructive led by a person of great knowledge, experience and charisma and a issue that should be strongly considered as a key area of activity for both St James Silsoe and the benefice.