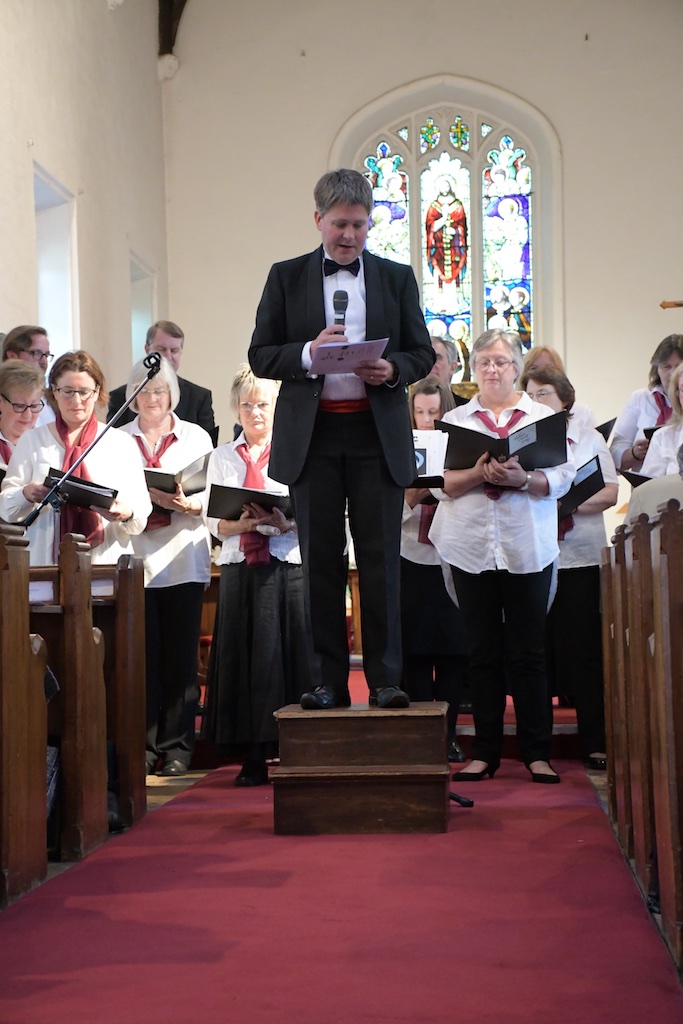 On Saturday 5 May a full Church of over 120 people were present for the concert “As long as I have music” performed by the Higham Choral Group. This was a return visit by this Group who had kindly given a concert for us in May 2015 to support the bid to raise funds for the new heating system.

Their full programme included a wide range of music from ones childhood Christopher Robin  through screen and stage hits including One hand one heart  and City of stars  then via Church music Benedictus and top of the tops Money, money, money to the rousing finale of Last night of the proms. The finale featured all the favourite songs complete with union flags for everyone to wave enthusiastically during the performances. Their musical director, Richard Shackleton introduced each piece of music giving some interesting and usually anecdotes about its origin, composition or first performance.

During the interval the audience were served a range of canapes and a choice of wine and once everyone had been served in their seat they were free to mingle and meet friends and neighbours. The friendly interactions and chatter during the interval were so involved that it was difficult to start the second half on time.