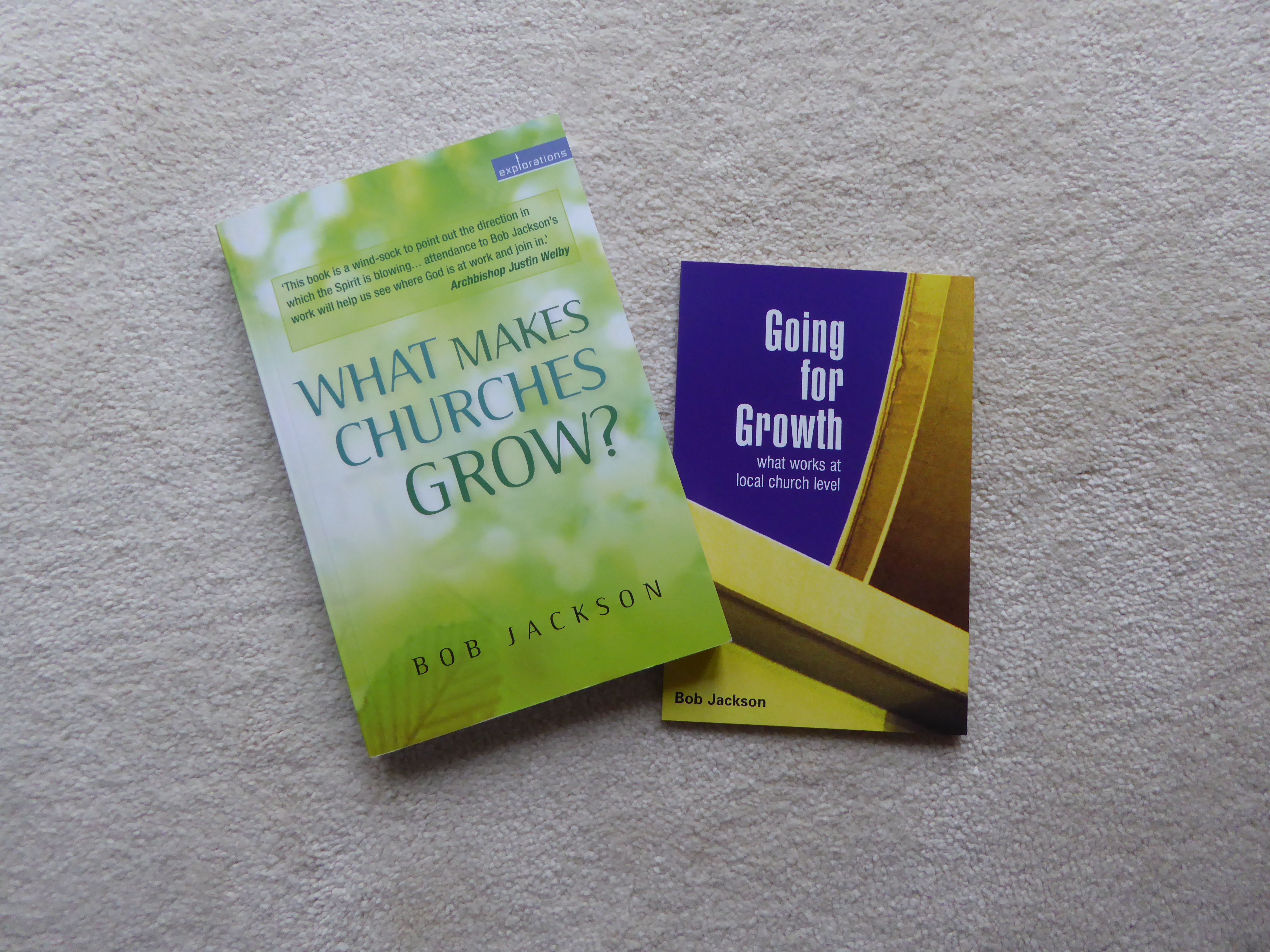 On Wednesday 10 October Rev Dave Bell and Paul Biscoe attended a one day workshop on  “A Conversation with Rev. Bob Jackson on Church Growth”. Bob is a very well-known and charismatic presented and writer whose book “What makes churches grow” is an inspirational read for anyone seriously interested in a Church’s spiritual and numerical growth. The conference was well attended by about 50 clergy from across the Diocese, although only two from our Deanery, with Paul Biscoe the only lay person in the audience.

The conference was introduced by Bishop Alan who stressed the importance of Christians being engaged with the local community and the need for more people to support the Christian movement.

Bob Jackson started his presentation by reviewing the questionnaires that attendees had submitted before the conference (Silsoe had submitted one). These supported the information from elsewhere that in general growth is more difficult with larger churches i.e. congregations above 150.

Considering growth he explained that the size and growth of a church should be assessed in three ways 1) number of people, 2) depth of its faith 3) power of its ministry. Growth has to be intentional and in explaining this he identified a series of activities churches that have grown have adopted. These included a collect for growth, used every Sunday and used on bookmarks in the church, welcome training available to everyone, a PCC agenda for growth. It was recognised by everyone that children are the source of growth in numerical terms but he emphasised that while activities should focus on them he warned that in so doing the spiritual journey of existing members can be stalled and their needs must be catered for.

In supporting the approaches for growth Rev Lucy Davis from Flitwick gave an impressive and impassioned presentation of her time at Flitwick since 2015. She showed that both attendance and electoral roll numbers had doubled and the Church was well attended and thriving. It appeared that this had been achieved using many of the ideas promoted by Bob Jackson through his books and which he presented at the conference.

It is hoped that a full power point of both Bob Jackson and Rev Lucy Davis presentations will be available shortly.