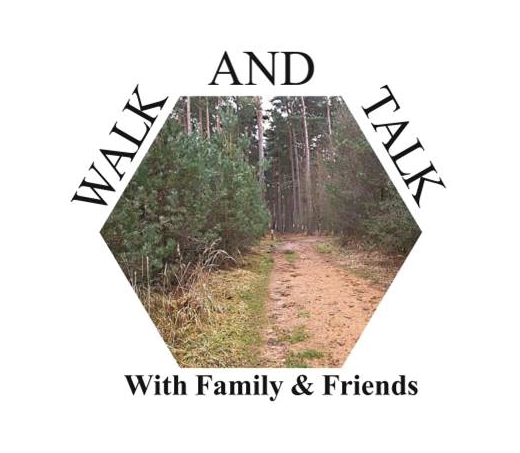 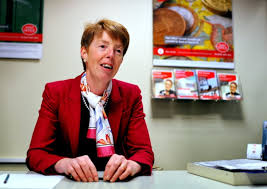 Members of St James’ congregation decided to embark on the Deanery walk to Clifton on Sunday the 29th of April, however due to the poor weather they decided to drive! They were met with a  warm welcome at the church hall, received hot jacket potatoes with a variety of fillings and hot beverages. Then with full tummys they walked to the beautiful All Saints Church in Clifton with its spectacular blue stained glass window, where the talk was by Mrs Paula Vennells.

For those whom are not familiar with the name, Paula is a highly respected business women and and the current chief executive of the Post Office, she is also a Church of England Curate. She gave a fascinating talk explaining how she has turned the once failing National Institution the Post Office fortunes around.  It was clear that her task to restructure, diversify and modernise the Post Office was no easy feat, she was met with resistance from many different stakeholders; customers, communities, employees, unions and MP’s. 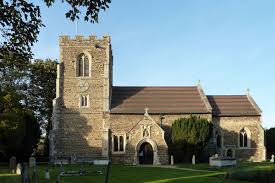 Her talk was very heartfelt when she was discussing the difficult decision to close unsustainable branches and the need to streamline the business which ultimately cost jobs. But it was also very clear that she has real drive, determination and the vision to save the Post Office with her long term plan married with her ethical management style, she has already delivered bringing the Post Office into profit. One of her initial plans of modernising 6000 branches and locating them within large retail outlets, such as supermarkets and petrol stations has already been successful, this also reduces the burden of paying high rent and rates on the high street. She also spoke about the digital age and how many of the Post Office customers now shop online rather than visiting a branch, for example buying passports, road tax and other general financial services; however she could also see that the digital age was not all doom and gloom as the Post Office had a huge surge in customers returning online bought products through their parcel facilities, which is now the biggest revenue stream for the Post Office. 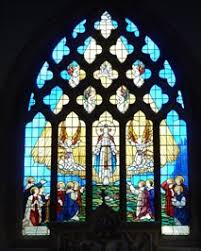 It was evident that Paula proudly displays her Christianity in her job, she is very hands on visiting local branches and speaking to both staff and customers for feedback, and has a real passion and understanding for community values and how the two institutions both the Post Office and the Church of England are central to the local community, in fact she made many parallels between both institutions within her talk. She finally went on to discuss the Church of England’s new concept idea called Fresh Expressions aimed at the younger generation within the community, focusing on fun activities and a less formal and more modern church environment.

Overall everyone had a lovely evening with a fascinating talk, good  food and great company.