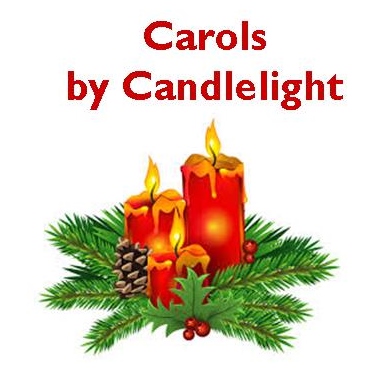 A congregation of 150 assembled for this year’s carol service in St James Church. The Church looked magnificent for the occasion having been simply, but very effectively, decorated for the Christmas services thanks to Ann Swain and her team and a fine array of candles, positioned by Jan Jarrard, added to the atmosphere for the service.

The service had been organised by Sheila Biscoe and followed the fairly traditional format of a series of carols, readings and poems. The choir ably supported the congregation in singing the carols but also delighted the audience with two anthems, the second one O Holy night, was so powerfully sung that it sent a few shivers down the spine of many of the congregation.

In line with Rev Dave Bell’s desire to encourage younger people to attend Church, Sheila Biscoe this year focused on having youngsters, seven in total, do the lion’s share of the readings. Unfortunately due to illness Annalise Couzens was unable to attend but her father Darren did her reading instead.

All the youngsters performed very well but a special mention for Niamh Shattock, who at 8 years old, read a poem that she had specially written for the service.

Following the service wine and mince pies were served and most of the congregation remained to enjoy the refreshments and to talk and chat with friends and neighbours.